"Ann Sheppard" is the forty-fifth chapter in Heavy Rain.

In this chapter, Madison tracks down John Sheppard's mother.

The chapter begins with Madison entering a hospital to meet John Sheppard's mother, Ann Sheppard. She hopes to find out what happened to John's brother, specifically his name. After talking with Dolores Luz, the receptionist, Madison is directed to Ann's room at the end of the hallway. When Madison enters and asks her about her sons, it is clear she is suffering from Alzheimer's disease. Ann is able to remember very little from her past and her mind wanders frequently. Madison aids her memory by showing her different objects relating to her past. Ann starts to recall more and more. Madison is eventually able to get the information she needs. Having discovered the name she needs, she leaves the hospital, ending the chapter. 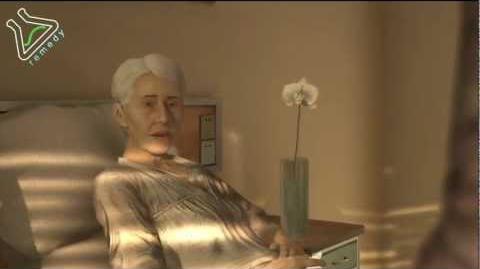