"Face to Face" is the forty-fourth chapter in Heavy Rain.

In this chapter, Scott Shelby goes after Charles Kramer.

Scott drives Lauren Winter's car through the gates and wall of the Kramer mansion, determined to find Charles Kramer and get some answers out of him. He shoots his way past all the bodyguards that stand between him and Kramer's office, which he will reach as long as he doesn't get shot more than twice. Once Kramer tells Scott everything he wants to know about Gordi Kramer, Joseph Brown, John Sheppard, and John's twin brother, the detective is faced with a moral dilemma as Kramer is stricken with a heart attack. 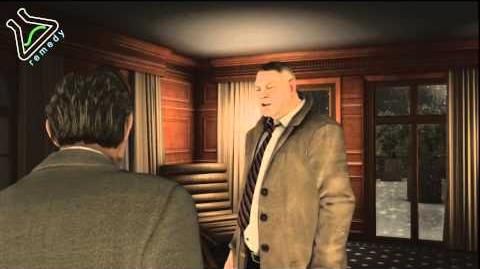