"First Encounter" is the nineteenth chapter in Heavy Rain.

Unable to sleep at her apartment, Madison Paige checks into a motel - fortunately, the motel in which Ethan Mars is staying.

The chapter starts with Madison arriving at the motel. She walks into the lobby and fills out the registration book for the creepy receptionist. She does so and walks off thinking about how obnoxious the receptionist is. As she approaches her room, she sees Ethan leaning against the safety railing outside that floor's row of rooms and asks if he is okay. Ethan collapses and asks Madison to help him to his room. Madison does so and treats Ethan's wounds. The chapter ends with the player taking control of Ethan and picking out another origami figure. 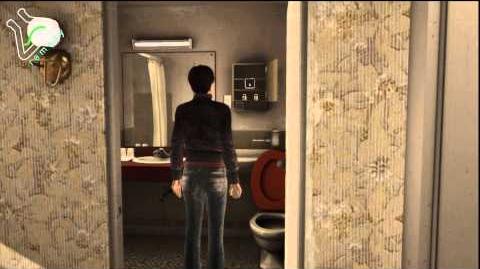