On the Loose
Spoiler warning: Plot and/or ending details follow.

"Fish Tank" is the forty-first chapter in Heavy Rain.

Provided Norman Jayden survived his ordeal with Jackson Neville (determined by how the player handled that chapter), he investigates the Blue Lagoon night club hoping to interrogate Paco Mendez, the name supplied by Mad Jack. It takes place chronologically after Madison Paige leaves the club in the previous chapter, "Sexy Girl."

Norman arrives at the Blue Lagoon and gets directions to Paco's office from the bouncer, possibly passing Madison as she leaves. In the office, he finds Paco dead from a gunshot to the head and is ambushed by the Origami Killer, who attacks him with a katana. If Norman survives long enough for the killer to throw him into Paco's fish tank, the killer will escape and Norman will have a chance to talk to the doorman and search the office for clues with ARI.

If Norman is killed the player will receive the ending associated with his death, "Uploaded." His death will also be mentioned in the news report. He can proceed if he survives, but this chapter impacts the clues he receives in his next chapter. 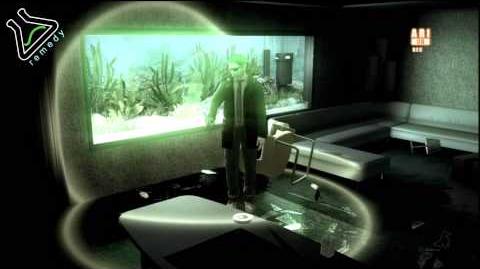