"Fugitive" is the twenty-ninth chapter in Heavy Rain.

In this chapter, Madison follows Ethan to the Lizard Trial while Blake and Jayden attempt to capture him.

Madison arrives at the Marble Street apartment to find that the police are preparing for a raid. She finds Ethan inside, who will either be catatonic or suspicious depending on whether or not he cut off his finger during the trial, and helps him escape from the building. They must then make their way through heavy traffic to reach the subway station and board a train before the police catch up to them.

If Ethan is arrested in this chapter, Norman Jayden will help him escape. Consequently, if he is arrested a second time he will be imprisoned for the rest of the game. 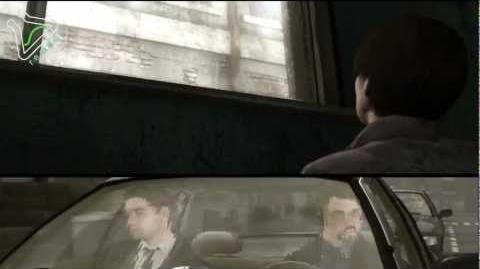