"Hassan's Shop" is the tenth chapter in Heavy Rain.

In this chapter, Scott Shelby attempts to question Hassan about his son Reza's death -- but just like with the last time he tried to speak to a victim's parent, an interruption occurs.

As Shelby is taking a pack of inhalers from a shelf at the back of the store, Andrew walks in and points a gun at Hassan's face. Depending on the player's actions as Shelby, Andrew either kills Hassan, is incapacitated, wounds Shelby, or is talked down and leaves. If Hassan survives, he gives Shelby a shoebox that he found in a locker after his son's disappearance, apparently left by the Origami Killer. If Hassan dies, Shelby leaves empty-handed.

Hassan will be shot and left to die.

Hassan will give Scott a box full of origami figures, papers, and a free pack of Asthma Spray inhalers. 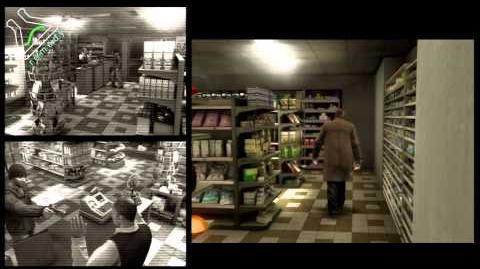