"Jayden Blues" is the thirtieth chapter in Heavy Rain.

In this chapter, Norman Jayden reviews the case and struggles with his addiction.

Jayden, convinced that Ethan Mars is not the Origami Killer, plays the piano and discusses the investigation with his barman in an ARI environment. Upon reviewing the case notes, he finds records of a 1983 Chevrolet Malibu that Jackson Neville is suspected of stealing and selling to the killer, and decides to follow that lead.

What happens next depends on whether or not Ethan got arrested in "Fugitive." If he did, Jayden decides to help Ethan escape from the police station; if he didn't, Jayden goes through Triptocaine withdrawal in a hotel room and must either fight off or give in to the urge to take the drug. 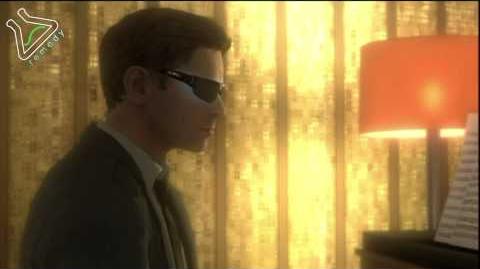