"Killer's Place" is the fifty-first chapter in Heavy Rain.

In this chapter, Madison seeks out Scott Sheppard.

If Madison Paige survived "The Doc" she will go to the home of Scott Shelby (a.k.a. Scott Sheppard) after speaking with Ann Sheppard. She picks the lock on the front door and snoops around the apartment, finding Shelby's wastebasket full of burned evidence and eventually a closet with a police officer's uniform. She surmises that Shelby used it to lure in his victims. She discovers the closet has a false back that leads to a concealed work room. In the room Shelby has grown the orchids that he leaves with his victims. Madison also finds the typewriter Shelby used to write the letters to the victims' fathers and a laptop password protected under the name the Sheppard boys used to use for their origami dogs. She can find Shaun's location if she correctly guesses the password within two minutes, but before she can leave or tell anyone, Shelby shows up, locks her in the secret room, and sets the apartment on fire.

Madison must first escape from the secret room before she suffocates. Once she does, she will find herself in Shelby's bathroom and notice that the apartment is ablaze. She must successfully perform the QTEs to avoid the flames as she makes her way through Shelby's bedroom and living room, from which she has the option of jumping out the window. (The fall, however, will kill her.) If she makes it past the propane tank on Shelby's desk and into his kitchen, she can either jump from the kitchen window to a neighboring building or hide in the refrigerator to survive the impending explosion. There is also another window in the kitchen near the table, but it isn't safe to escape through and the fall will kill Madison. The only ways Madison can survive the explosion are the refrigerator or the "safe" window (the one near the microwave).

Once Madison is safe, she can call either Ethan or Jayden to give them Shaun's location. (If both men are alive and free and have figured out the address she can still call one of them, but will be told they're on their way already.) If Ethan has been permanently imprisoned or Jayden is dead she will not be able to call. Madison can also choose to try to save Shaun herself.

If Madison dies, she will be out of the rest of the game and the player will receive the "Dead Heroine" ending. Her death will also be mentioned in the news report.

If she lives, but fails to find the address, the player will get the "Square One," "Tears in the Rain," or "A New Life" endings depending on what happens in the following chapter and whether she is in a relationship with Ethan.

If Madison successfully finds the address, she will be able to inform Ethan or Norman of it once she escapes the apartment, and the player will receive the "Heroine" or "A New Life" ending unless Madison is killed in the following chapter. 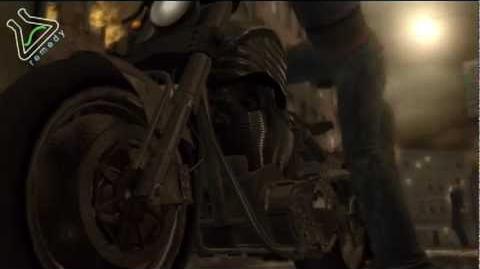