"Lexington Station" is the thirteenth chapter in Heavy Rain.

In this chapter, Ethan has received a key and passcode to a lock box inside Lexington Station from an unknown sender (which he wonders if he sent to himself, since he is now beginning to suspect that he is the Origami Killer).

Ethan enters the station, where it is revealed he has developed a fear of crowds after Jason's death. The player is presented with a slow-paced QTE to force Ethan to press on through the crowd, but after a short time Ethan apparently hallucinates and the crowd freezes in place. From this point onward, anyone Ethan touches will collapse (and the player will be awarded a trophy if Ethan knocks over 50 people); this is likely a side effect of Ethan's trauma or a way for his body to compensate and allow him to proceed through the crowd. Ethan then sees what appears to be Jason Mars searching for Ethan in a macabre replay of "The Mall."

Ethan desperately pushes through the crowd in an attempt to catch up with Jason. Ethan questions his sanity as he hurries after "Jason," knocking over many people in the process. (If you catch up to Jason, he will teleport to a new location.) Eventually Ethan cowers in fear, overcome by the hallucination. When Ethan recovers he is in front of the locker room. He realizes that it was all a nightmare/hallucination and reminds himself that Jason is dead. Ethan searches for the correct locker (awarding the player a trophy if he opens it on the first try) and discovers a shoebox like the one that Hassan gave to Shelby (assuming Hassan survives). Ethan does not open the box; instead he leaves Lexington Station. 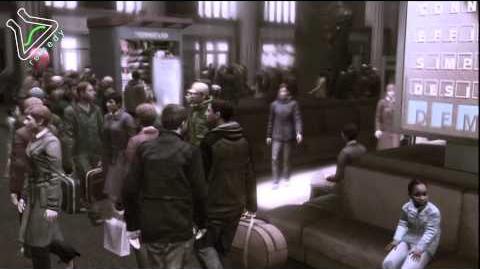