"Mad Jack" is the thirty-fifth chapter in Heavy Rain.

In this chapter, Norman Jayden follows a lead on a car linked to the Origami Killer, which he purchased from an ex-criminal named Jackson "Mad Jack" Neville.

Jayden arrives at a junkyard owned by Mad Jack, who is suspected of selling a repainted 1983 Chevrolet Malibu to the Origami Killer. Jack is uncooperative, but investigating the junkyard's garage turns up evidence that he's committed much more serious crimes than retailing stolen cars. If Jayden survives Jack's attempts to murder him, he will get more information about the Chevrolet Malibu and either arrest Jack, or fight him to the death in the junkyard after escaping from his own car before it gets crushed.

This is notable for being the first chapter played as Jayden in which he can die.

If Jayden dies in this chapter, he will be out of the rest of the game and the player will receive the "Uploaded" ending. His death will not be mentioned in the news report, since his death was not connected to the Origami Killer. 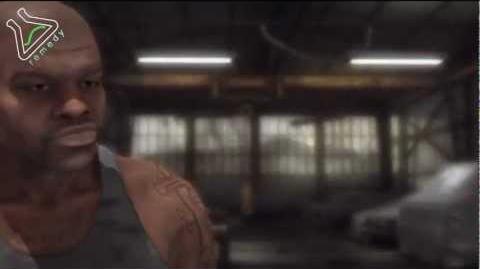