"On the Loose" is the forty-second chapter in Heavy Rain.

In this chapter, a police squad led by Carter Blake tracks Ethan Mars to the Cross Road Motel and attempts to capture him.

Ethan sits in his motel room, distraught by the outcome of "The Shark." If Madison is still alive, she arrives with the information from Paco and tries to console him. They can choose to make love; if they do, Ethan will discover that Madison has been chronicling their encounters and accuse her of lying to and exploiting him, for which he can choose to either forgive or reject her.

Regardless of whether or not she and Ethan make love and whether or not he forgives her, Madison will learn that the police have surrounded the motel and can call Ethan's room to warn him; if Madison is dead, he will have to spot the police on his own. He must then flee from them to avoid being arrested (again).

If Madison is rejected and survives, Ethan will not be able to get "Tears in the Rain" or "A New Life." He will be able to get "A New Start" or "Origami Blues" unless he gets arrested permanently during the chapter.

If Ethan is arrested for the second time and/or Norman is dead when Ethan is arrested, he will be out of the rest of the game and the player will receive either the "Innocent" or "Helpless" endings depending on whether Shaun is saved or dies. Any Ethan Mars chapters after this point will be skipped, and if Shaun dies, Ethan's imprisonment will be mentioned in the news report unless Madison and/or Norman survive without finding the warehouse. 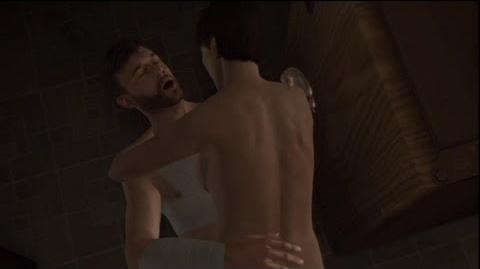