"Origami Killer" is the fiftieth chapter in Heavy Rain.

In this chapter, the Origami Killer's identity is revealed.

Scott Shelby is shown sitting alone in his office, shedding a tear as he remembers John. If Madison survived "The Doc," he will be looking at the photo of himself and John that Madison found; if Madison was killed, he will simply be staring at his desk. Scott lights a book of matches on fire and tosses them into a metal wastebasket. The player is then prompted to destroy the following pieces of evidence Shelby has collected: 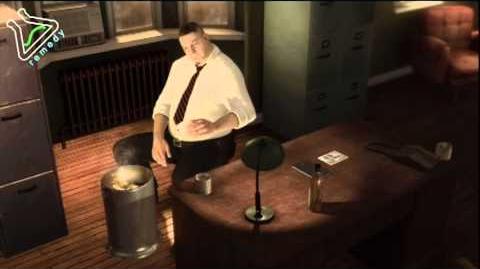