"Police News" is the twenty-fifth chapter in Heavy Rain.

In this chapter, Korda is interrogated and Grace Mars reports her worst fears about Ethan, or if Korda escaped in "Covered Market," Jayden and Blake take a phone call on Korda's status, then take Grace's report.

The chapter opens in the interrogation room of the police station, where Gary is interrogating Miroslav Korda about the Origami Killer case. Korda tells Gary that he only ran from Blake and Jayden because he had forgotten to report back to his parole officer and didn't want to go back to prison. Behind the one-way mirror in a different room, Blake, Jayden, and Ash are watching the interrogation take place. Ash tells Blake that Korda has an alibi for at least three of the murders so it couldn't possibly be him. The phone rings; Ash picks it up, then tells Blake that Ethan's ex-wife, Grace, is at the precinct and wants to speak to him.

Grace proceeds to tell Blake and Jayden about how late one night when she and Ethan were still married (after Jason was killed and soon after Ethan came out of his coma), Ethan left until about three in the morning. She says that when Ethan returned he talked about drowning and the rain and didn't make any sense at all. She felt as though it wasn't really him speaking to her. She goes on to say that the following day, there was an announcement about another victim of the Origami Killer (but makes it a point to say there might be no connection), which sparks Blake's belief that Ethan is in fact the Origami Killer. Grace tearfully begs Blake to find her son.

This chapter is directly connected to the chapter "Shrink and Punches," but in spite of having no real gameplay, it stands on its own.

If you fail to capture Korda in the chapter "Covered Market," the opening of this chapter will change. It starts with Norman standing next to Blake while he's on the phone asking if they found Korda. It's then revealed that Korda has an alibi for two of the killings. Ash tells Blake that Shaun's mother wants to speak with him, and the chapter continues from that point with no differences. 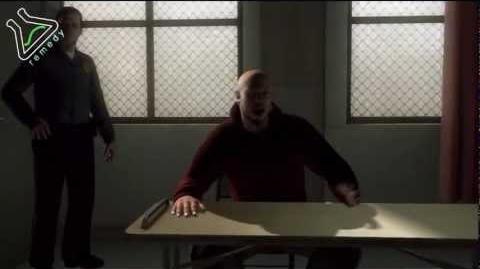