Flowers on the Grave

"Sexy Girl" is the fortieth chapter in Heavy Rain.

In this chapter, Madison Paige makes her way to the Blue Lagoon in an attempt to interrogate Paco Mendez about the apartment he rented from Adrian Baker, hoping to find out who rented the location of the Lizard Trial.

Madison arrives at the Blue Lagoon and finds Paco, but a bouncer tells her that he doesn't want to be disturbed. She manages to get his attention by making herself look sexier and dancing near his table. He invites her upstairs to his office, takes her purse, and forces her to do a striptease for him at gunpoint. After knocking Paco out, tying him to a chair, and using some high-pressure interrogation techniques, Madison learns the name of the person who rented the Marble Street apartment. 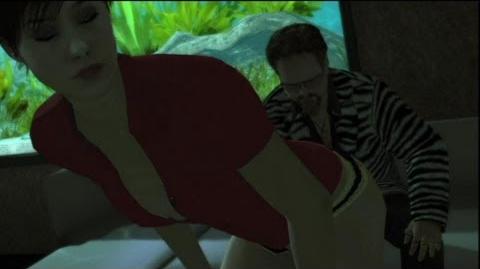