"Shrink and Punches" is the twenty-sixth chapter in Heavy Rain.

In this chapter, Jayden and Blake follow up on Grace Mars' report about Ethan.

In this chapter, Lieutenant Carter Blake and FBI agent Norman Jayden meet with Ethan Mars' psychologist, Clarence Dupré, in his office to follow up on the claims made by Grace about her ex-husband's unusual behavior, which may indicate he is the Origami Killer. The conversation with the psychologist starts off civil enough, with Blake introducing himself and Jayden before asking the psychologist about Ethan's mental health. There are various dialogue prompts for the player to choose from, though they don't directly affect what happens between Blake and Dupré.

As Dupré keeps refusing to tell Blake what he knows of Ethan citing patient confidentiality, Blake grows more hostile and threatening. Norman can choose to try calming Blake (though again, whatever he says doesn't affect the outcome much here) or joining with Blake to get some answers. Both options must be pursued in order to get both trophies for the chapter.

Eventually, Blake throws Dupré over his desk and proceeds to beat him in an attempt to wring the information out of him. Norman can pursue several different courses of action here. He can stand aside and allow Blake to beat the psychologist, tell Blake he has no right to hit the psychologist, threaten to report Blake for his behavior so he is taken off the case, or physically intervene.

No matter what the player chooses to do, Dupré eventually caves and tells Blake and Jayden that Ethan is tormented by visions of drowning bodies. He then takes a small origami figure out of a drawer in his desk and tells them that it had fallen out of Ethan's pocket a few weeks before during one of their sessions. The chapter ends with Blake ordering the police force to consider Ethan Mars a suspect. 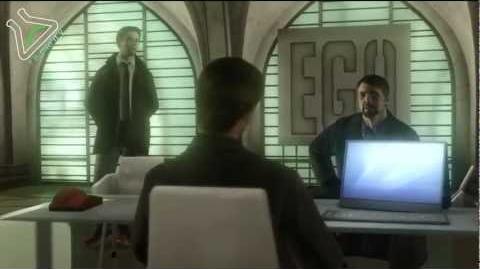