"Sleepless Night" is the eleventh chapter in Heavy Rain.

This chapter introduces the fourth (and only female) playable character Madison Paige, a photojournalist who is also a chronic insomniac.

Madison wakes up from a bad dream, citing her insomnia. The player, as Madison, attempts to get back to sleep by doing various activities around her apartment. Before long, Madison will find the fridge door open and uneasily close it. Afterwards, masked intruders are seen to have broken into her apartment and are now here to try to murder her. Madison attempts to call for help, escape, and fend off the intruders. Eventually, she is cornered and murdered, only to awaken from the nightmare.

Depending on how well the player executes the QTEs (Quick Time Events), Madison may die at different times during the chase. Get enough correct and she'll "die" in her bathroom. 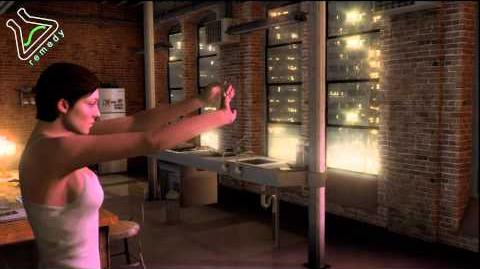