"Solving the Puzzle" is the forty-seventh chapter in Heavy Rain.

In this chapter, Norman Jayden is told he's off the case. Furious with Blake's incompetence and Perry's disinterest, Jayden makes one last attempt to discover the identity of the Origami Killer by examining all available evidence via ARI.

This chapter begins with Norman Jayden frustrated that he cannot find the identity of the Origami Killer despite the clues he has gathered and furious with the incompetence and politicking of the local department. He knows Shaun Mars only has hours to live and Ethan is innocent. Carter Blake comes into his "office" and tells Jayden it's over, he can go back to Washington, they're confident Ethan is the killer and Jayden is off the investigation. Jayden tells Blake that it isn't over and he has no evidence of Ethan Mars' guilt. Blake dismissively insists that Ethan is guilty, case closed, and it's no longer Jayden's concern. Blake tells him to "pack up and fuck off." Jayden is disgusted by Blake and shouts that he is an "unbalanced, psychopathic asshole," which Blake accepts as a compliment. He tells Jayden to have a nice trip back to Washington as he leaves.

If Norman released Ethan without turning off the video camera in "Under Arrest," the opening of this chapter will change. Blake instead barges into Norman's office, scolding him for letting Ethan go. Jayden will act confused, to which Blake reveals that Jayden forgot to turn off the camera in the interrogation room, so he has footage of Norman assisting a suspect. Norman tells him that Ethan is innocent and he is not the killer. Blake dismisses this and tells him he's suspended since the order's on its way, and he had him pegged from day one. He tells Norman that he'll have all the time in the world to "use his glasses in prison" and that he'll have fun before storming out.

Regardless, Jayden takes a dose of Triptocaine to relieve his symptoms and returns to ARI to look over the available evidence. The barman in the ARI environment once again warns him not to overindulge in "you-know-what," which he says can be very dangerous and may kill Jayden. From this point onward, Jayden can choose to continue or give up on the investigation at any time. By examining the clues he retrieved during "Fish Tank," he learns that the killer's gun was stolen from police lockup and the killer is or was a police lieutenant, and comes to suspect Blake of being the killer because of his obsession with proving that Ethan is the killer. Norman can choose to accuse Blake or continue looking through the evidence, but has only 10 minutes to complete his investigation.

If Norman dies, he will be out of the rest of the game and the player will receive the "Uploaded" ending. Any Norman Jayden chapters after this point will be skipped. His death will not be mentioned in the news report.

If Norman fails to find the warehouse and is not called by Madison, he will always get the "Resignation" or "Smoking Mirror" endings depending on if Shaun is saved or dies.

If Norman finds the warehouse (either by solving the case or being called by Madison), he will always get the "Uploaded" or "Case Closed" ending, depending on whether or not he survives his fight with the Origami Killer. (Note that if only Norman and Madison arrive at the warehouse, Norman is guaranteed to survive unless Madison is killed at the start of the fight.) 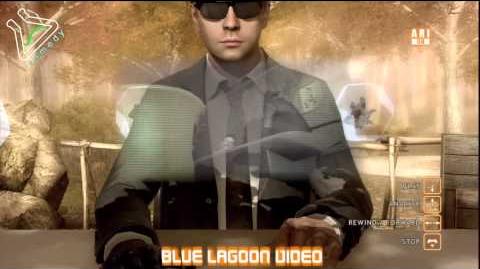