"Suicide Baby" is the seventeenth chapter in Heavy Rain.

In this chapter, Scott Shelby travels to the home of Susan Bowles, whose son Jeremy Bowles was a victim of the Origami Killer.

Arriving at the trailer park home Shelby hears a crying baby. The baby sounds distressed and Shelby can't get a response from the home, so he decides to enter the home through the kitchen door. He discovers a suicide note from the baby's mother. After investigating more of the home, Shelby breaks down the bathroom door to find Susan bleeding in a bathtub from a self-inflicted wound to her wrist. Shelby moves her to a bed and bandages her wrist. Susan then weakly asks Shelby to tend to her baby, Emily Bowles, who needs to be changed, fed, burped, and rocked to sleep.

After Emily has been taken care of, Shelby returns to Susan. She sits up and tells Shelby she couldn't take the pressure of losing Jeremy and her husband at the same time. Her husband disappeared the day after Jeremy went missing with no notice (most likely to try to save his son after receiving the letter from the Origami Killer). All that was left behind was a non-working cell phone. Susan says it wasn't her husband's as she's never seen it before and it doesn't work. She lets Shelby take the phone in order to aid him in his investigation. 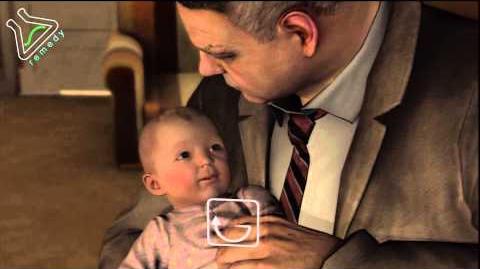