"The Doc" is the thirty-fourth chapter in Heavy Rain.

In this chapter, Madison pursues a lead to the Origami Killer.

Sam tells Madison about Adrian "The Doc" Baker, a former surgeon who writes illegal drug prescriptions and owns the Marble Street apartment. She rides her motorcycle to his house under the pretense of buying Betropen for her insomnia, and has a chance to search for clues when he leaves the room to get it. Depending on the choices she makes, she may be knocked out and have to escape from an operating table in his basement when she regains consciousness, and can leave the house after finding a card for the Blue Lagoon with the name "Paco" written on it.

This is notable for being the first chapter played as Madison in which she can die.

If Madison dies, she will be out of the rest of the game and the player will receive the "Dead Heroine" ending. Any Madison Paige chapters after this point will be skipped. Her death will not be mentioned in the news report since her death was not connected to the Origami Killer. 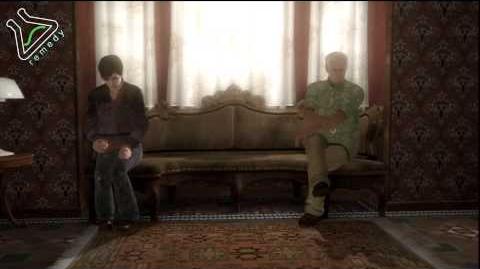