"The Lizard" is the twenty-eighth chapter in Heavy Rain.

In this chapter, Ethan Mars undertakes the third (and arguably, the most brutal) of the five trials that he has to complete in order to save his son Shaun.

The chapter begins with an aerial view of Ethan's car driving to an empty apartment. He walks into the building, the entire interior of which seems to be burnt. Ethan notices several new porcelain lizards on the floor, out of place in the burned apartment. Ethan tries shaking the porcelain figures; in one of them he hears a rattling noise and breaks it. A key flies out of the figure. Ethan uses the key to unlock a door at the end of the hallway, which has a lizard painted on it. He walks inside and finds a table with another computer-like device that will guide him through the challenge. Ethan presses the play button on the device, which tells him that "[he has] five minutes to cut off the last section of one of [his] fingers in front of the camera." Doing so will reward him with another chip for his cell phone.

This trial is named "The Lizard" probably because of certain lizards' ability to lose limbs/body parts and survive or even re-grow the lost limb. 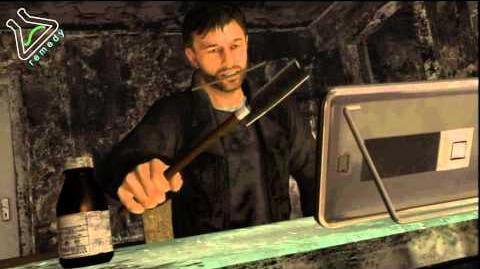