"The Rat" is the forty-sixth chapter in Heavy Rain.

In this chapter, Ethan Mars undertakes the last of the five trials that he has to complete in order to save his son Shaun.

If Ethan has not been imprisoned, he makes his way down a red hallway into an elegant white room filled with mirrors and cameras and a vial, a stopwatch, and a media player on a table. The media player informs Ethan that the poison in the vial will kill him in one hour, but he will get the last letters of the address if he drinks it. After deciding whether or not to drink the poison, he will either drive to the address at which Shaun is being held or have to guess at the address based on the information he's collected.

With the history of rats as carriers of disease the poison may refer to their role as disease vectors. The room is also synonymous with this, the corridor representing blood and the main room representing cleanliness. Alternately, the fact that rats have been poisoned for centuries but continue to survive and thrive may also point to the ineffectiveness of the poison. 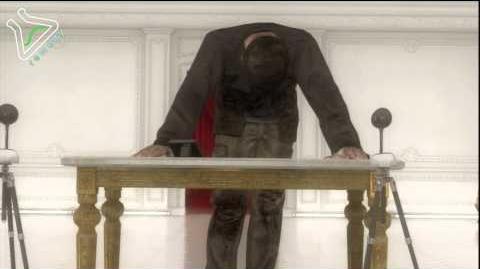