"The Shark" is the thirty-third chapter in Heavy Rain.

In this chapter, Ethan Mars undertakes the fourth of the five trials that he has to complete in order to save his son Shaun.

With the gun from the shoebox in hand, Ethan arrives at an apartment owned by Brad Silver, a drug dealer he has been instructed to kill. He holds Brad at gunpoint, but when he hesitates to pull the trigger, Brad grabs a shotgun and starts shooting up his own apartment as he chases Ethan around. If Ethan avoids getting shot until Brad runs of ammo, he can then choose whether to kill or spare the dealer.

It can be assumed that this trial is called The Shark due to how sharks are stereotypically powerful, violent creatures that are at the top of the food chain. 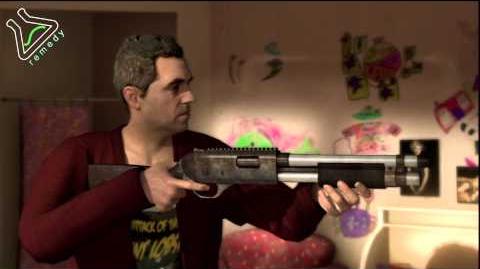