"The Shrink" is the sixth chapter in Heavy Rain.

This chapter features Ethan Mars discussing the events after Jason Mars' death with his psychologist.

Ethan takes a few tests in his psychologist's office. After doing so, the psychologist will talk to Ethan and tells him that he must find a way to move on and is not responsible for Jason's death. Ethan still blames himself for the death of his son. The psychologist then asks him about Shaun. Ethan has multiple choices of how to answer each question. After answering them all, Ethan is about to leave. The psychologist then tells him that he is lucky to survive the accident. Ethan replies "I don't exactly feel lucky" and leaves. There are multiple options the player may choose when taking the initial test and speaking with the psychologist, though there is no impact on other game decisions and events resulting from different answers. 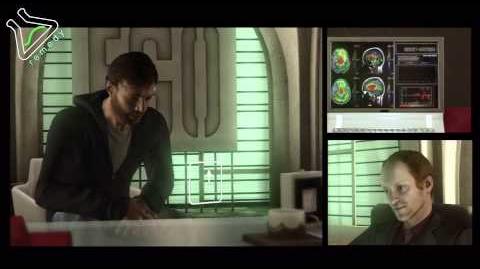