"Welcome, Norman" is the ninth chapter in Heavy Rain.

This is the second chapter to feature Norman Jayden. In it, he arrives at the police station to meet his colleagues and review some case files while Ethan Mars reports the disappearance of his son Shaun.

After a period of waiting in the lobby of the police station, Jayden meets with Captain Leighton Perry, head of the Homicide Division, as he gets ready to attend a press conference. Perry's secretary Charlene shows Jayden to his office, which he redecorates with his ARI. He reviews the Origami Killer case files and clues and then experiences Triptocaine withdrawal, forcing him to choose between giving in and taking the drug or washing his face in the restroom until the urge passes.

Next, the action shifts to Ethan, who reports Shaun's disappearance to Carter Blake and Ash and answers their questions about what happened at the park. (Norman will also be present if he chose not to take Triptocaine.) As he leaves the police station, he runs into Grace, his ex-wife. 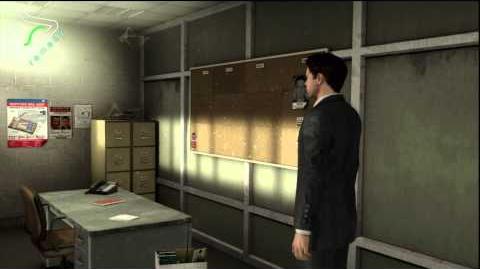